Working in Toronto today --Who was worse, McCarthy, Wakefield or Midgley?

I did not travel yesterday, hence no email alerting all where I was.  I had travelled to Ottawa earlier in the week and left myself open to the option of traveling to BC should my daughter and her husband notify me that I am a grampa.  The call has not come yet, so here I am at my desk.
This thought of new babies did have me start thinking about the environment that a new baby comes into and then I started thinking about the question,  "who has been worse for our children, Andrew Wakefield,  or Thomas Midgley Jr.?".  Unlike my usual morning emails which are written in their entirety during flight, this one was actually written last night, except for this intro.  I have just been too busy this A.M. to send it out.
I could include Jenny McCarthy in the question for variety and after all, she was a Playboy Playmate, but she is small spuds compared to Wakefield and Midgley.

Let's start with Midgley.  This is the guy that put lead in gasoline for several decades.  The reason for the additive was to prevent early ignition of the fuel-air mixture as it enters the hot upper cylinder on a vehicle engine.  The lead made the mixture a bit less volatile, just enough to stop pre-ignition 'ping'.  Of course a bit of alcohol would do the exact same thing.  The difference is that alcohol is made of the elements Hydrogen, Carbon and Oxygen.  When you burn it in an internal combustion engine you get water and carbon dioxide.  The lead additive, Tertaethyllead, on the other hand is made of the elements Carbon, Hydrogen and Lead.  When you burn it, the lead remains.  Lead in the air, lead in our water, lead on sidewalks, lampposts, the crap gets everywhere.  We continue to enjoy high atmospheric lead levels thanks to Midgley and the associated health problems including slow talking southerners.
Oh, but that's not all.  Midgley also brought us synthesized Dichlorofluoromethane /Die-Kloro-Floro-Methane/ to work as a refrigerant or more precisely a phase change gas suitable to transport heat.  Now granted that this first CFC (chlorofluorocarbon) was safer from an explosion than early refrigerator usage of ammonia, propane and sulpher dioxide, this and other CFCs did find their way into our high atmosphere and destroyed large parts of our protective ozone layer resulting in serious health problems.
Midgley may have had the greatest (worst) impact on the earth and atmosphere than any other single organism.  Go Midgley!

And then there is Wakefield.  You likely don't know of this *sswipe either.  Wakefield is a former surgeon and medical researcher.  He was the author of a 1998 fraudulent research paper that claimed a link between childhood vaccinations and Autism.
Yep, this is the guy that started the whole goddamned scare.  That much since discredited paper used as its test subjects, 12 children that were recruited by a UK lawyer that was preparing a lawsuit against a vaccine manufacturer and Wakefield himself was poised to start a business of medical testing and 'litigation driven testing'.  The tests were found by the British General Medical Council review board to contain falsehoods, that Wakefield failed in his duties and he was struck from the Medical Register.
His report effects linger on however, the anti-vaccine movement which is not based on real science but rather the spirited personal accounts of the likes of Jenny McCarthy that still spouts on about the discredited link between Autism and the MMR vaccine; and that wrestler turned governor turned conspiracy nut Jesse Ventura that would have us convinced that the gov't wants to thin out the human heard by way of Trojan Horse vaccines has convinced otherwise well meaning parents to not vaccinate.
Trust me, failing to vaccinate our children is extremely dangerous, Measles, Pertussis, Rubella, Polio, Tetanus, all kill children or leave them crippled.  My friend Doug was born in 1951, he contracted Polio and was very lucky to survive, he does however have a left leg that has severely reduced muscle development.  Jonas Salk developed the Polio vaccine in 1952.  If you contract Tetanus even with modern treatment, I'll bet $20 against your $100 that you will die.  Oh, and die in a really painful way.  Last year there was a breakout of Whooping Cough (Pertussis) in Washington state in non-vaccinated children, that is what happens when we fail to vaccinate, children die.

Have a good day, vaccinate your children. 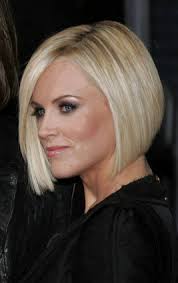 Jenny McCarthy was awarded the James Randi Educational Foundation Pigasus Award (a pseudoscience  contribution award) for 'The performer that fooled the greatest number of people with the least effort'.  Go Jenny!  With her appearances on TV shows d'jour she has convinced millions to forgo vaccinations without ANY scientific evidence.